I Hate Résumés (Yes, Even Mine) 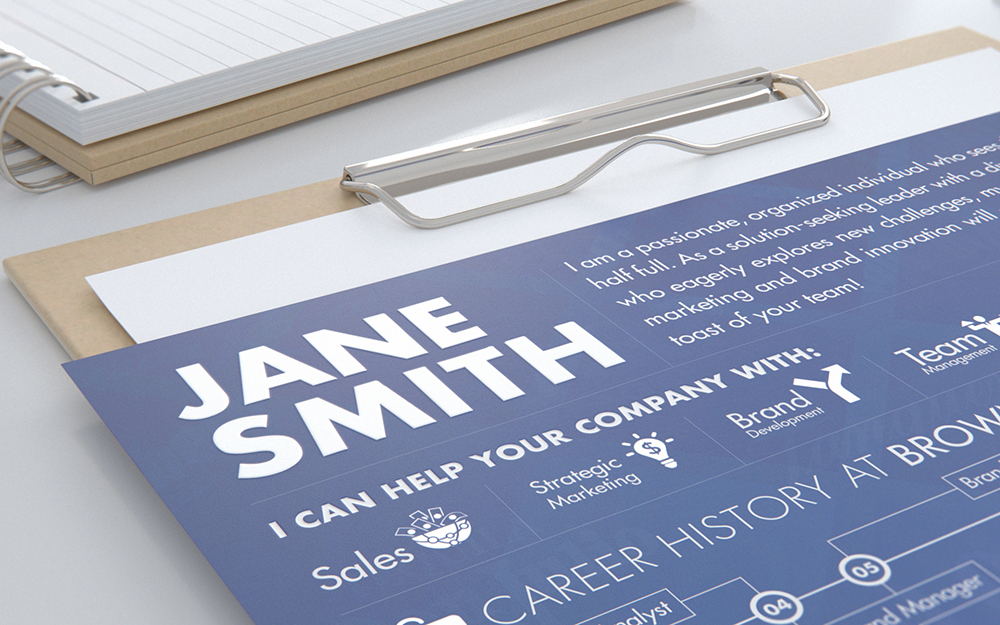 It’s not the document, it’s the process.

We get to design art everyday. We make beautiful things. We’re helping change the face of how people get hired in the world today. We’re doing our part to destroy boring. With our résumés, we’re making the world a sexier, happier, more confident place.

We still kinda hate résumés, though.

We hate having to read résumés. Hate having to filter them and wade through the self-aggrandizing jargon to try to find the ROI someone think they delivered for their previous businesses. Hate having to decipher what they say they did and guesstimate how much it really meant to the organization. Hate having to call a reference (no one wants to to call a reference). Have you ever lied on a resume? Not even a little? Do you think every number you’ve seen on a résumé has been exact down to the decimal point? Unless they had their own business, it probably wasn’t.

Since there’s no way to tell what anybody actually did, we know we’re making a résumé for one of the following people:

And we hope that’s the ratio. Honestly, I thought I was one of the people in light green for a while. I was unfocused, afraid of failure, I was the only thing holding me back. It turns out that I’m just lazy. We’ll show you how that works in your favor in juuuuust a minute.

When I started designing résumés in 2011, one of my first clients said that she sent out 70 and got nothing, and the first four times she sent out her new infographic résumé, she heard back from all four. I found something that I loved doing and was excited about. I had started turning work effort directly into ROI for my clients.

We love hearing about people’s success stories in finding a new job and how much easier it is with their new résumés. We love it when people tell us they sent their new résumé to the same job opening and got a call back. We love it when someone emails us a link to their dream job and ends up with that exact job. It happens. We’re not going to BS you and tell you that it happens 99% of the time because it absolutely doesn’t. You’re going to get rejected for most of the jobs you think you’re perfect for and getting rejected sucks.

Part of this reason is that recruiting is broken. We can’t fix the system, but we can game it. Studies including eye tracking research by The Ladders gave us some great numbers* indicating just how we might:

If you don’t mind us paraphrasing, if that’s what 80% of the recruiter’s time is spent looking at, it means that recruiters are lazy and want to find want to find out if someone else already did their job. It’s not a negative — the quote often attributed to Bill Gates, “choose a lazy person to do a difficult job because they’ll find an easy way to do it,” illuminates the brilliance of the recruiters’ methods.

When addressing The Ladders profile superiority:

Apply this knowledge to your résumé; grabbing the attention of the recruiter and driving them to the most important info on your résumé should be a key tenet in résumé design. Does your résumé do this, or should you get a professionally designed résumé?

Wouldn’t ya know it, the study backs up that claim as well:

So when we work with amazing candidates getting rejected by recruiters, a lot of times, it’s not the candidate; it’s a broken résumé and the broken system of how recruiters spend their time viewing résumés. The lazy guy writing this email found a way to disrupt this process and convey your most important attributes to hiring managers by using principles of psychology and marketing efficiencies everyone already knew.

When somebody sends out a résumé they’re proud of (this should be the case; all of our résumés come with a 100% satisfaction guarantee**), that rejection is a lot easier to take. You know I love what I do, but I still hate the whole system of having, sending out, and getting your résumé rejected. I hate the fact that I’m adding one to the pile that someone has to look at, but at least it’s not the lamest black and white brick of word.doc that hiring manager has ever seen. In wading through this pile of résumés, you’ll see that what we do is pretty rare, and the proof is in the next blog post.

But, one last time, I really hate résumés… I made a joke that kind of encapsulates my feelings on the subject. It’s a résumé joke. Want to hear it?

That’s in tomorrow’s email as well.

**All of our résumés come with the 2X Interview Guarantee — if it’s not getting you 2X the callbacks for interviews, we’ll rewrite it for free. It doesn’t happen that often, but when it does, we don’t ask questions. You don’t have to prove anything to us, we know you don’t want to go through this exercise again. Just tell us that you don’t feel like it’s resonating and we’ll fix it for you. Our #1 priority is that you are proud enough of your résumé to want to refer us to your friends and family, so our job isn’t done until you’re absolutely thrilled with the work.